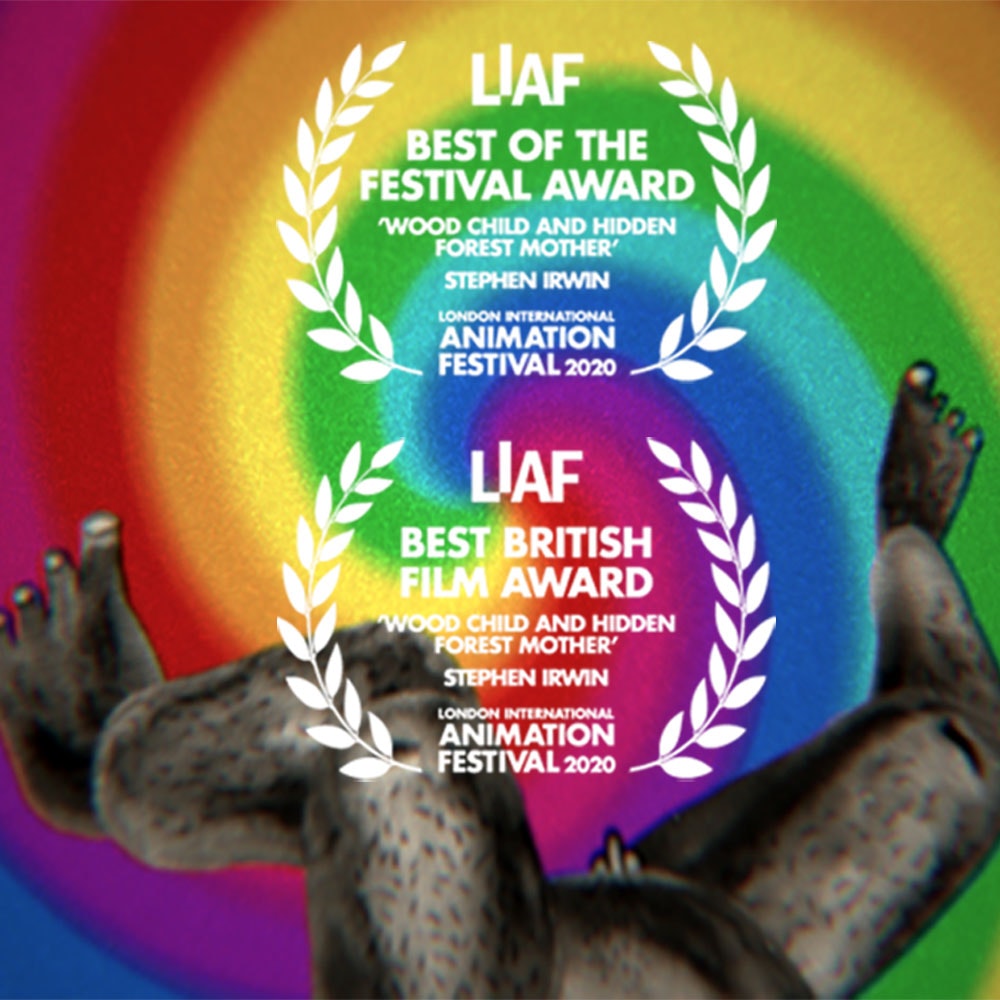 Wood Child & Hidden Forest Mother won two awards at the London International Animation Festival. Thanks to Nag and the team, and the jury Sophie Koko-Gate, Chris Shepherd and Max Hattler.

"The festival juries (several of the world most prestigious members of the animation community) locked horns over 10 days of screenings as they battled it out to decide which films were chosen as the Best of the Festival. For the first time in the history of LIAF a film won both the best British film and the best film of the festival. That was Stephen Irwin's Wood Child and Hidden Forest Mother."

"Nature in technicolour, a savage, who is savaged by their own kin. We loved this wild unpredictable storyline full of colour and darkness. Survival, motherhood, death and beyond to alternate dimensions, parallel lives – we’ve never seen anything like it before, truly unique. Think twice before shooting a rainbow goblin in the woods."

"This film confused and delighted us in equal amounts. Propelled by a triumphant orchestral score it takes us into the depths of weirdness where birth and death meet in an endless cycle of rainbows, blood and breast-milk."

My thank you message, screened at the awards ceremony...